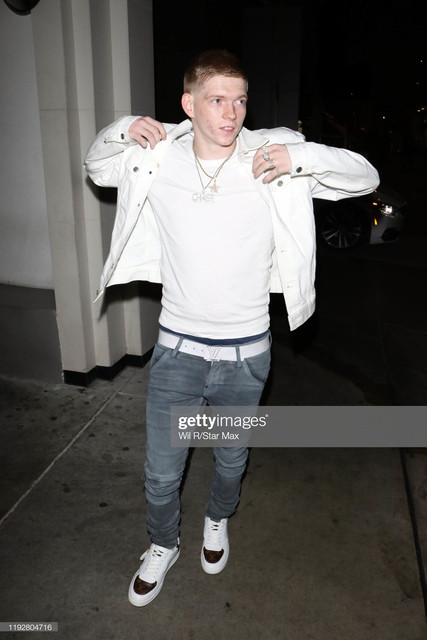 Chase Curran, a rising star in the rap world known professionally as Chase the Money, is crediting rapper 50 Cent for helping him to turn his life around.

To learn more about Chase the Money and listen to some of his songs, check out https://www.chasethemoney.com/.

As Chase noted on his website ChasetheMoney.com, times have not always been easy. He was not even a teenager when he turned to a life of crime, doing whatever was necessary to survive living on the mean streets of the United Kingdom.

While things were definitely tough for Chase, he had one bright spot in his life: music. He loved listening to rappers like 50 Cent, and soon found himself dreaming of becoming a successful musician just like his musical idol.

“Chase credits 50 Cent as one of the reasons he was able to turn his life around and he thanks him from the bottom of his heart for giving him the courage to never give up on his dream of becoming a rap star,” noted a spokesperson for Chase, adding that he has now gone from living on the streets of the UK to a penthouse in Los Angeles.

Described as a rapper with very unique style, Chase the Money writes all of his own songs. The first song that he wrote and produced, called “Talking Cash,” features Jay Critch and has gotten over 340,000 views.

With the success of “Talking Cash” under his belt, Chase then wrote “Prada,” featuring Perry; “Got It,” featuring Squidnice, and “Choppa,” featuring “lougotcash” and daidough.

“I’m doing this to be a role model for all the kids out there who feel their life is going nowhere. I want to inspire them to never give up on their dreams just like I never gave up on mine,” Chase said.

“If I can have a positive impact on the kids then I feel all my hard work was well worth it.”

About Chase the Money:

Chase Curran, known professionally as Chase the Money, is a rising star in the rap world. He is a singer, songwriter and producer born on the 24th of June 1998 in Middlesex, New Jersey who moved to the UK before he was 2 years old. His dad was from Ireland and his mum was from England. As a singer, songwriter and producer, Chase writes his own songs, and he offers a fresh new look and sound to the hip hop and rap world. For more information, please visit https://www.chasethemoney.com/.