The very closed Hypercar industry lacked the madness and boldness of a new player to shake up the codes and redefine the sports car.

Paris – 21st September, 2020 – VISION Automobiles Paris presents its solution: 1789, a racing car with a pure design and timeless lines, inspired by the prototypes of the Le Mans 24 Hours, propelled by an innovative engine, never seen before on a Hypercar. 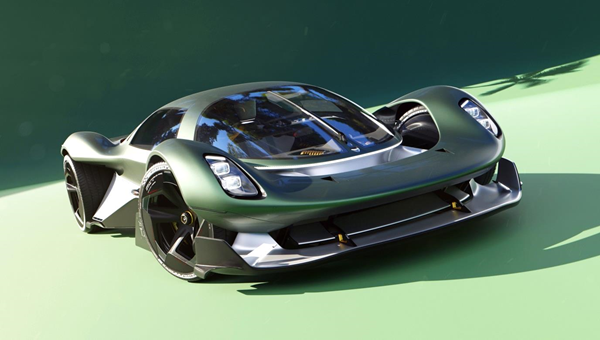 1789 is launched, and arrives much faster than you think! A real racing prototype in an evening dress VISION 1789 pays homage to the elegance of the bodies of the racing cars of the 1970s with their round and pure shapes combined with the technicality and modernity of today’s hypercars and prototypes.

”1789 merges these two aspects and thus highlights an innovative design that is bot  radical and elegant; a break with existing vehicles in the hypercar segment…” expressed Thomas Castex, one of the Founders; “The lines and volumes of 1789 are partly inspired by the creations of Emmanuel Zurini, sculptor and photographer at the 24 Hours of Le Mans, and these new lines make VISION a brand with a strong and recognizable identity”…

The lower part of the vehicle has benefited from a great deal of aerodynamic work, particularly the flat bottom, in order to do without unsightly aerodynamic appendages, with the aim of keeping the upper part more refined and timeless. The flat bottom has a rear diffuser and two side diffusers to distribute this support better under the car. On racing vehicles such as LMPs or F1 cars, the flat bottom is responsible from 50% to 70% of the total aerodynamic support. The more aerodynamic support a vehicle has, the higher the speed through a curve can be. That’s why 1789 is targeting an extremely competitive aerodynamic support that could put it in the top 3 of the fastest hypercars on track. Created by drivers, for drivers VISION 1789 is developed in collaboration with two professional drivers. 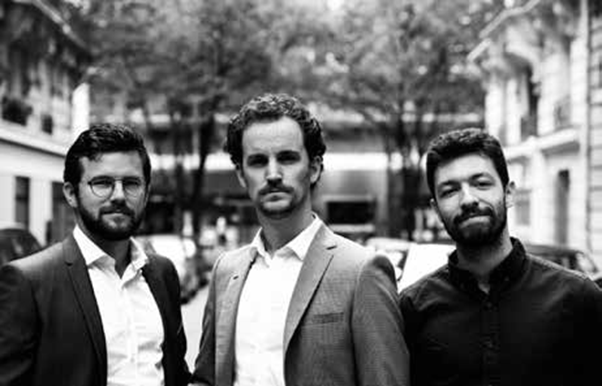 The interior is the characteristic part of 1789. It draws the overall shape of the vehicle. The windshield, for example, which goes very far towards the front of the car and replaces the hood, aims to let in as much light as possible. In contrast to today’s super-sportscars, we want the interior of 1789 to be visible from the outside and be able to offer a pleasant atmosphere to the occupants. Another important aspect of the interior is the absence of a center console to focus the driver’s gaze in the axis of the road. All controls and screens are individually centered in relation to the driver and passenger, including the rear-view mirror.

Most of the controls are located on the steering wheel, which is strongly inspired by the ergonomics of the steering wheels of the Le Mans 24 Hours prototypes and allows numerous configurations Carbon neutral impact in a high-performance engine VISION 1789 will be equipped with an innovative engine, developed for endurance and running on biomethane.

Biomethane (or BioGNV – Bio Gaz Naturel Véhicule) is a natural gas used as a fuel and composed of more than 97% methane (CH4). It is produced from the fermentation of organic waste of agricultural, industrial or household origin and has the particularity of being able to operate with conventional thermal engines and is a highly energetic gas. Methane is a much more powerful greenhouse gas than CO2, with a global warming potential 28 times higher. Capturing and burning this methane in carbon dioxide means reducing its impact on global warming by a factor of 9, thus having a neutral or even positive impact on this greenhouse effect. Biomethane is also a source of renewable energy that recycles waste from human activity. Compared to diesel, the combustion of biomethane in a heat engine results in a reduction of more than 80% in CO2 emissions, more than 95% in fine particle emissions and more than 70% in nitrogen oxide (NOx) emissions.

“The volume of fuel required to be embarked and the weight of the technology are relatively close to today’s conventional engines; unlike electric and hydrogen engines. This makes it possible to keep a light and powerful vehicle with a compact engine and a long range.

“Biomethane is a fuel that can be rapidly applied without completely transforming either the vehicle technology or the distribution method. It does not lead to any major technological breakthrough or loss of jobs or industry in Europe” commented Florian Gravouil.

“Finally, Biomethane is the best possible solution to date for 100% ecological mobility from well to wheel. VISION is convinced that biomethane is a fuel of choice in the context of the energy and climate transition we are experiencing.

“In a world where hypercars are becoming increasingly silent, biomethane technology makes it possible to retain an incredible and emotional characteristic, the sound of the Le Mans prototypes!” added Martin Chatelier.

VISION Automobiles Paris creates, beyond a simple vehicle, a brand, a history and a fascinating human adventure, by highlighting the exceptional know-how of its French partners. Indeed, all of the skills required for development and production are located in France, and the company intends, through 1789, to bring these immense talents to light, by being the showcase for their most advanced technologies.

Being fully aware of today’s environmental challenges, reducing the carbon impact as much as possible has been a priority for VISION Automobiles Paris from the outset. All carmakers are relocating their production to the four corners of the world, thus reducing costs as much as possible. The French company believes, on the contrary, that the comfortable margins of the luxury sector should contribute to the construction of a more eco-responsible production.

VISION Automobile Paris is proud of its policy of transparency which allows French craftsmen and manufacturers to reach out to the whole world.

The current health crisis confirms this conviction: it is necessary to work as locally as possible, which allows us to limit as much as possible the risks related to supply but also to the environmental impact. 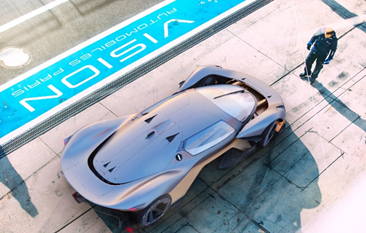 The Partners: Backbone of a 100% French project

1789 is therefore fully developed in collaboration with some of the most renowned French companies such as Michelin, Faster Racing (which participated in the world-renowned Citroën GT project), but also WRTi, which currently holds the racing speed record measured at 407km/h on the mythical Le Mans 24-Hours race track, Poly-Shape, an AddUp company, the leader in 3D Metal printing working in motor racing, particularly F1, and Estival Prototype (Alpine Vision GT), which is already working on the production of a model of 1789. 1789 will develop 1000 horsepower, and its engine will be developed and produced by one of the major players in the French automotive industry, well-known for its track-record. It will be one of the most competitive and efficient engines that France is able to develop.

Development and Capital raising has been entrusted to Alexandre Katrangi and Romain Canot from Licorne Gulf, a firm dedicated to fund raising support with track records into the sport industry and energy.

Over the past 25 years, #Alexandre Katrangi and  #Romain Canot with Licorne Gulf, a Capital Raising firm and M&A with international presence in USA, Western Europe, MENA and GCC with headquarters in Saudi Arabia has interacted with and lent his expertise to companies such as Vitol, Halliburton, EDF, Denel, Mocoh Switzerland, Socar, Bashneft, Sistema, Norinco, Geodis, Ukroboronprom, WPP, Thomson, Hyperloop, and many other international companies and conglomerates.

Thanks to a breakthrough design, revolutionary technology for an entire industry, and a network of prestigious partners, VISION Automobiles Paris intends to become a new major player in the hypercar sector.

“Our name has nothing to do with chance, as it illustrates this vision of the Automobile that we wish to embody. Through VISION Automobiles Paris, we are going to show that the sports car can reinvent itself. It is about deliberately going where others do not go. To embody values that are too often hidden or neglected…

…/To give back their letters of nobility to French craftsmanship and talent. VISION will be the showcase of what France is capable of when it breaks the codes, and listens to its own dreams”.